Memories of My Childhood 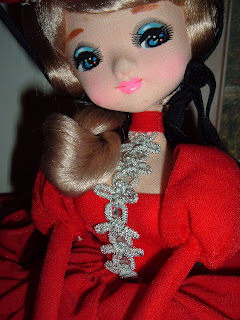 This new year has already had so many changes for me and loved ones I hold dear. Some have been positive and others just down right frightening.


This is a quote I came across yesterday and I believe in it 100% --
"Be kind, for everyone you meet is fighting a hard battle"
-Plato

The picture of the doll is one I found at a thrift store recently. I remember as a child I wanted one of these dolls so bad. They had so many colors to choose from. I thought them so fragile and dainty -- something I definitely never was as a child!! Growing up with 5 boys can make a girl that way. Remembering back, being called a "tomboy" was pretty regular in descriptions of me. It wasn't that I liked snakes or bugs or being too much of a dare devil (did run a dirt bike up the side of our house leaving a nice tire mark -- only because I couldn't figure out how to make it stop) but because I did like to make mud pies and pitch a ball or two. Also, I never was into the newest fashion scene or dolling it up in front of a mirror.

So now, I have this doll and she still appears fragile and dainty to me as when I gazed upon them on a shelf in a store as a child, but I have changed, grown, moved on and had 3 dolls (children) I love more dearly than I could have ever imagined wanting or loving anything else.

Still smiling about the memories and looking forward to making more. Have a good day no matter what comes your way. We are going to make it through the calm and chaos!!!
Posted by WonderlandShoppe at 10:54 AM No comments: Links to this post

When Do Kids Become Wise?

My youngest (recently 11 years old) just said to me after we finished listening/half watching a movie, "When was the last time you and dad went out on a dinner date or something like that?" -- Just out of the blue!!!

He also made the remark that since I am a mom that I don't have to be working on something or doing something all the time. I think he means that I should be able to just lie on the bed and watch a movie with him. I am always up moving around (usually in the kitchen or folding clothes), typing something on the computer, stitching an embroidery piece (or pieces), or reading something.

So we had a little talk about dad and I are planning a dinner date around our next payday. I also told him that I would give up some time and donate it to watching a movie with him but that it had to be one that we could agree on as I didn't care too much for Batman Beginnings (did ask him a lot of questions) so we are settling into Harry Potter (the first one).

We, of course, spend time most every evening reading from a book and just finished up two from the library over a long weekend.

So off this computer I get and onto the bed for some "down" time! Hope you will listen to your loved ones and make a little change if requested.
Posted by WonderlandShoppe at 7:27 PM No comments: Links to this post

Here is a glimpse of a famous cartoon artist: Walt Kelly. I recently found three of his books when visiting an elderly man at his annual thrift sale in an old mostly empty mall here in Great Falls, Montana. I visit there once or twice a week to drop off mail at a satellite facility the post office has.

I fell in love with the Stepmother Goose book and the "A Report from Lewis Carroll's Alice's Adventures in Wonderland" Who Stole the Tarts? The illustrations of the rabbit are so dramatic and pictured here. 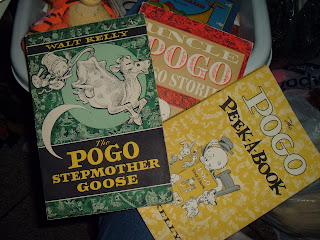 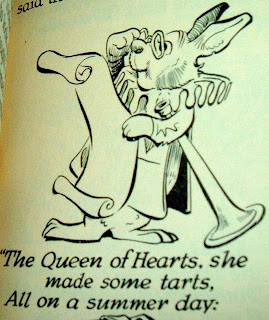 He was born in 1913 and his father believed that humans were "bad at talking, bad at remembering language, and bad at spelling; but we are just great at remembering pictures." One can imagine this having a lasting impression on young Walt. From 1935 to 1941, he worked for another famous Walt - Walt Disney. He was a story man and animator with credits on Pinocchio, Dumbo and Fantasia. 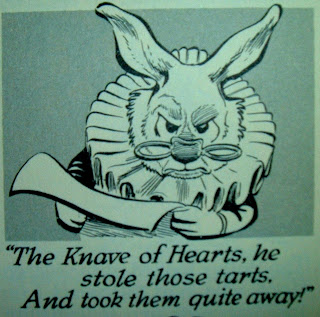 During 1935 and 1936, his work also appeared in the fledgling comic book medium working for the company that was to become DC Comics. However, it was in Dell's Animal Comics that Pogo was born in 1941. He was just a featured player in the "Albert the Alligator" strip, but assumed a larger, then starring role within a few years. 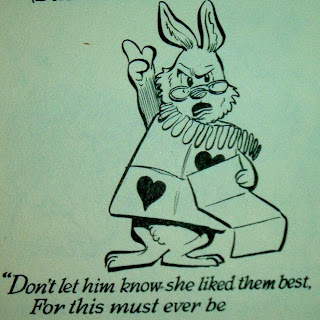 The Sixties and early Seventies (Kelly died in 1973) was a period of political struggle and polarization in this country. Kelly wore his politics on his strip and was often criticized and censored by more conservative newspapers. He didn't care. He was prepared to lose newspapers rather than his principles. Sometimes the "Pogo" strip would be more biting than the editorial cartoons, but somehow Kelly always managed to insert a joke or an insightful turn of a phrase at the end of each strip. His pen and wit were sharp and I think history has proven them to be dead on target. He is missed. 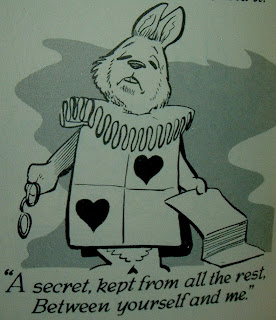 Posted by WonderlandShoppe at 10:54 AM No comments: Links to this post 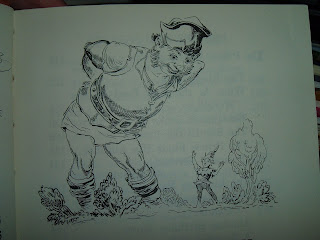 I have been working on listing some old vintage reading books on Etsy the past couple of days and have determined that I simply love the illustrations in them. 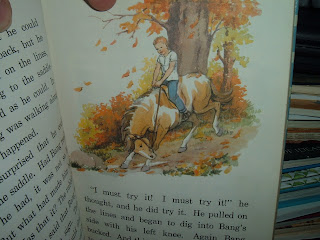 In the newer books you just don't see these types of illustrations anymore. As a matter of fact, you almost see more photographs than drawings or colored pictures. 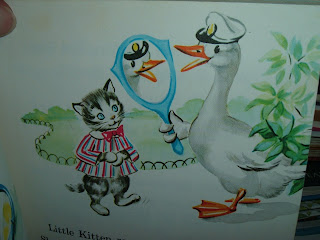 I don't know about you, but I think it a fun thing to walk down memory lane with books from our past. Also, to read them to our children and grandchildren when we get a chance. I just finished reading The Mouse and the Motorcycle by Beverly Cleary to my youngest, Avery Z. He loved it. The book I read was printed in 1965 (actually before I was even born.) I can remember my school teacher reading it aloud to my class when I was in elementary school. Now days in checking the local library, you can not find a current printing of this book. 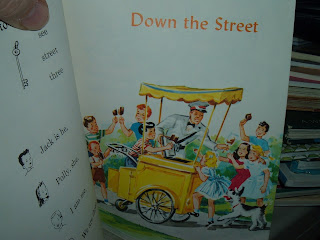 My son also loved the fact that his dad was in the room typing on the computer while I was reading. Avery noticed his dad laughed some at what I was reading. This is a sweet memory, cultivating imagination, and helping with communication skills -- as we talk about what we like and what we understood in reading. 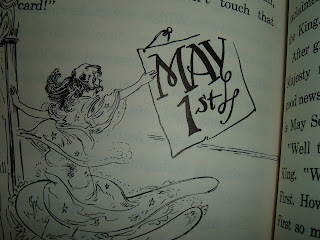 I visited the library today and picked up two more chapter books. These are more on Avery's level and we will begin them tomorrow. The illustrations are not as wonderful as the vintage books or as many, but hopefully the author will be vivid in his words and the pictures will form in our heads. 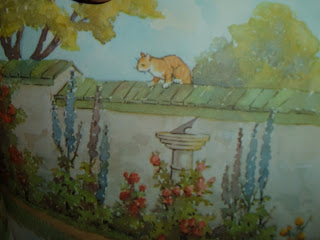 Hope you like these illustrations from my vintage books!
Posted by WonderlandShoppe at 11:18 PM No comments: Links to this post