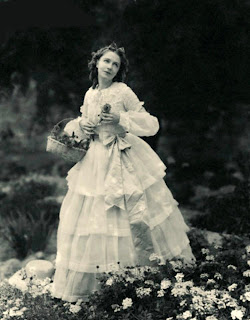 I'd rather be picking posies in a field of flowers.

I'd rather be feeling the warm sun on my face.

I'd rather be humming a tune inside my head.

Sometimes I just don't know who I would rather be.

I have a home and certainly enough to eat.

So on with today, the cleaning and managing of my time.

Unlike so many, away and overseas, in a foreign field

fighting and defending, I am thankful and take moments

today to say a prayer for them, because I know they

have many moments of "I'd rather be".
Posted by WonderlandShoppe at 5:51 PM No comments: Links to this post

My Spring is Full of Colors 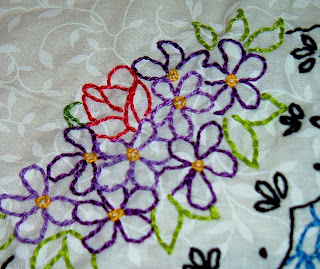 I love the snow taking a break from us for a while. Can't believe we are sporting temperatures in the mid to high '40s for the past few days.

This has made me do some moving around of things in my house -- something known as "Spring Cleaning". I have only bagged up one sack of things to take to donate, but know I will get around to more soon. 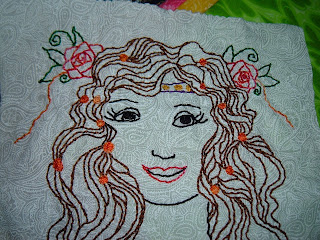 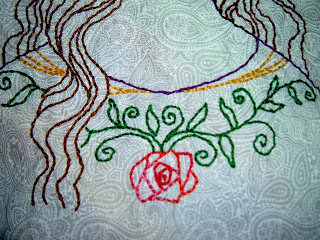 Keeping my fingers busy as night while working I have been stitching on a few more pieces. Then on the weekends I get to spend a little time in my sewing room. I am working on another quilt top and decided to come up with some patchwork blocks. Lots of thread and the humming of my machine happening with this one. I seem to be choosing brighter colors. 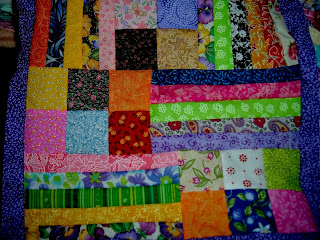 Well, I am told if I don't get off this computer and head upstairs, dinner will be gone. Hope you are getting into the "Springy Zone" and your world is filled with happy colors.
Posted by WonderlandShoppe at 8:38 PM No comments: Links to this post 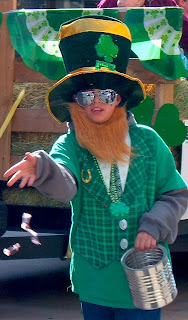 Well yesterday found my family sporting the green and taking a stroll down Central Avenue for the St. Patrick's Day parade. Can't remember why we missed the event last year, but thought we would get into the spirit of things for 2011. I jokingly told the kids that maybe we should sport the "O" in front of our last names and be known as the O'Happel's for the day. This didn't sit too well with my three, but I got a laugh out of it. 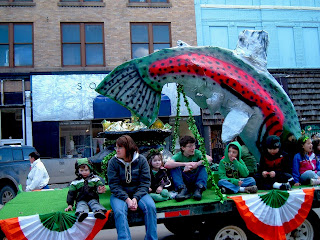 We did the traditional Corn Beef and Cabbage dinner menu but this time I read about a "side dish" called Colcannon. It has potatoes (slightly mashed) with Kale, green onions, cream, and butter. We all found we really liked this new dish. Also, it was my first time ever eating Kale.

Today we are back to normal and having some Italian for dinner. Come to think of it, we had Mexican for lunch. So as our appetites and menus carry us all over the world, think I will leave you with the traditional Irish Blessing. 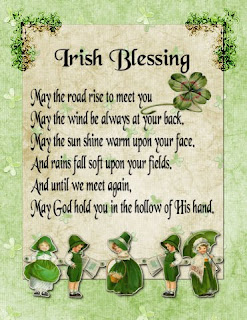 Posted by WonderlandShoppe at 8:19 PM No comments: Links to this post My middle child ask this question today during dinner and here is some information I found:

Q: Can a cow jump??? My friend claimed a cow jumped a couple of feet in the air. I think not!! (Dan, Southampton, England)

A: Can a cow jump two or three feet? "Easy," emails veterinarian Jeffery W. Tyler, professor and clinical research director at the University of Missouri at Columbia.

Though they "not as high or as far as more athletic animals", still cattle jump, notes Tyler. Perhaps they share anatomy with their closest cousins: antelopes, gazelles, goats and sheep — renowned jumpers all.

• Not only can they jump but they can clear a six foot corral fence. We were vaccinating a herd of Santa Gertrudis [a Brahman-short-hair cross] several years ago and by the end of the third day the cows were not exactly amiable to the idea of going through the chute to get their shots. One escaped through the fence, and then jumped the next fence near me. Not only did it jump the fence but it completely cleared it, and the cow weighed well over 1000 lbs. I was a meat cutter at the time living on a 300-acre ranch. I know what cattle weigh, since meat cutting was my profession for twelve years.

• Yes, cows can jump and do so regularly. They tend to get excited when fed, frolicking in the field, penned in close quarters (such as a loading chute) or fed a treat. Normally, they only jump three feet but will go to extremes when chasing food, water, something that they enjoy or running from a threat. I've had them jump, and hang themselves over the gate, on a cattle trailer or jump over ditches at feeding time.

They will also "celebrate" after feeling bad, such as being afflicted with bloat (gas), which will also make them walk backwards, depending on which of their stomachs is bloated.

• As a dairy veterinarian, I can tell you most assuredly that cows can jump, run, kick (hard), and sometimes even dance. I have witnessed cows clear a four foot fence on more than one occasion. The phrase 'the grass is always greener on the other side' actually comes from cows jumping fences to get into the next pasture and the 'greener' grass.

• We have raised cows, and cows mostly buck. But we did have a cow with unusually long legs and, when we tried to corral her, she managed to jump over a five-foot wooden slat fence. She didn't even damage or knock down any of the fence. So, yes, cows can jump.

Posted by WonderlandShoppe at 5:24 PM No comments: Links to this post

Weighing on My Mind without makeup ♥ !, originally uploaded by outrageous@live.cl ♥.

**PLEASE NOTE: The following I am writing about is not the girl pictured here.**

The other night I got a call from the social worker at the girl's home I do on-call work for some times. She asked me to transport a young girl to the Emergency Room at our local hospital. The girl was having suicidal thoughts.

I didn't hesitate to help out even though I had not met the young 15 year old.

My heart felt so much for this girl. She was facing the unknown -- some things someone her age should not even have to think about.

The choices she had made or was coaxed into could possibly end her life at a short age. A blood test was needed and she had decided she would rather end her life than find out the "bad" news and have to live with it.

At one point she got a call from her mother. She assumed the fetal position on the ER bed. She broke down and sobbed uncontrollably and told her mother. "All I have ever wanted to do is become a mom someday and now I may never get the chance."

After 4 1/2 hours another staff person came to relieve me to head to my regular scheduled overnight shift at another home. I do not know the outcome of this young lady. I have only been praying for negative test results. She will have to be monitored for 2 years with negative results to be found clear of this death sentence.

My prayer has also been that this is a wake up call for her and that she has been given a bed at one of the state's facilities to get her mind at peace.

Sometimes I don't get to know the outcomes to things I assist with. This is something I have to sort out for myself, but I hope that I helped her in a small way -- at least I got her to a safe place.

Posted by WonderlandShoppe at 6:35 PM No comments: Links to this post