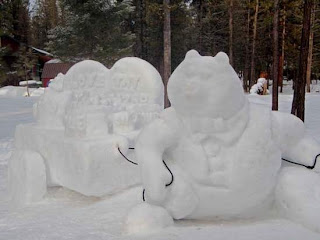 There's no doubt about it, winter in Montana is long. It's cold. And most of the time, it's covered in snow and ice. But a few folks have figured out a way to make the best out a chilly situation by turning winter's weapons — snow and ice — into works of art.

"We live in an area where so much of winter is covered in snow," said Seeley Lake resident Doug Richards, 76. "Get out from the TV and computer and games and do something."

He is no stranger to the contest — this was his third year participating. Last year he took second in the professional contest and first place in the People's Choice competition.

For three weeks, Richards worked on his winning entry, "Spirit of Seeley," until his hands were numb from the cold and from the water he used to help with the shaping.

A commercial artist by trade, Richards attended the Burnley School of Professional Art (now the Art Institute of Seattle).

"The time I went to school, it was one of largest professional artist schools on the West Coast," he said.

Before moving to Montana, Richards had never tried snow sculpting before, though he finds it similar to the art he does while working at summer youth camps for children with cancer.

"It's not a heck of a lot different other than your fingers get cold," he said. "I'm doing the cartooning stuff constantly, so I just apply that to snow."

Richards said the tools he uses — a cement trowel, kitchen knife and water — are "not really special."

But his creations are anything but mundane.

For the Winterfest contest, Richards built a two-wheeled cart pulled by a 7-foot bear. He carved the bow-tie and vest-clad bruin so it appeared to be leaning over and actually pulling the cart. He sculpted another, equally sized bear and positioned him behind the cart, leaned over in a pushing position.

On the cart, he created a bag of potatoes, a bushel of apples, cans of soup and a giant heart with raised letters, which read "Love Thy Neighbor."
Posted by WonderlandShoppe at 7:52 AM No comments: Links to this post I was out shopping with Savannah Rose this gorgeous Saturday, February 27, 2010 and saw quite a few swim suits on display in stores in the local mall and at Walmart.

All the snow has not totally melted here (piled up and dirty actually), but Spring has already sprung!!

Also, an article of interest I saw in the Great Falls Tribune said the bears in Yellowstone National Park are waking from hibernation.
Here they don't think about Ground Hog day predictions, it is the bears that foretell the weather.

My husband is also excited to go and get his fishing license for the year as the new season starts this week. For all his excitement, I don't think he has even remembered that he DOESN'T own a fishing pole currently.

Savannah Rose and I were invited to attend a "Spirit of Women" Cooking Class meeting this past Monday evening. It was held at a place we had never visited in Great Falls, MT called Electric City Conservatory. 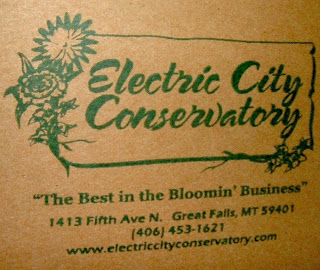 Cooking did not take place as a local business, Penny's Gourmet To Go provided a table full of finger foods.

Carrie and Rachel with Electric City Conservatory showed us how simple floral arrangements in vases, flower orbs, rose petals and candles can decorate a table easily. 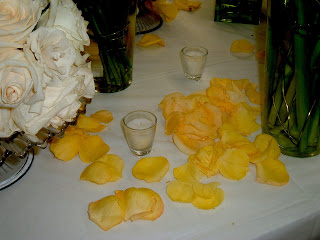 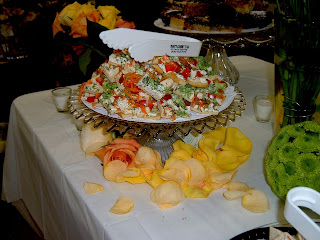 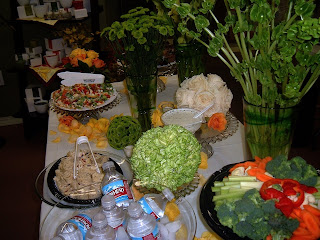 One floral arrangement was simply a bunch of Bells of Ireland greenery snipped at an angle on each stem to desired height for your vase filled with water. Snipping at an angle helps the water be absorbed better.

Also, very important for each vase arrangement is to remove all the leaves and greenery from the stems that are to be submerged in the water. This prevents mold in the water and slows down the aging of the arrangement. 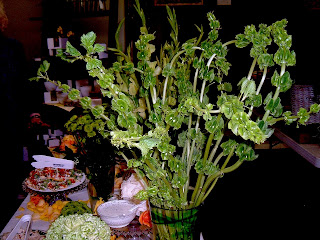 The flower orbs (balls) made for the table were from roses and one from bachelor buttons. A floral block called Oasis was cut to size, placed in a sink or bucket of water not submerged but on top. The Oasis then soaked up a great deal of the water in pretty short order. Afterward, knife was used to shape the Oasis block into a ball or round shape. Each individual flower was cut on the stem at an angle with about 2 inches remaining and then pushed into the Oasis.

The smaller the flower bloom, the more bunches are needed to fill the Oasis shape. Also, it was mentioned that the finished flower ball may get your table wet and decorative plates could be used to set them on. The flower orbs do not have a very long table life, approximately 3 to 4 hours. 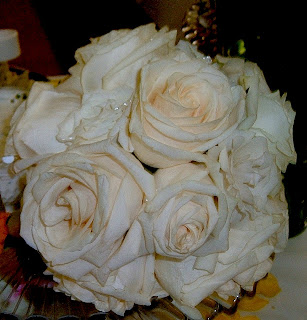 One of the most beautiful arrangements I have ever seen is called "Spilling Over". The roses are placed in slanted laying position as if they are falling out of the vase. 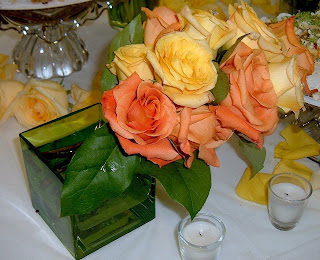 We closed out our evening by doing a little shopping in the store. I got more ideas for crafting projects and found some fun cards with "character" to send to my sister-in-laws.
Posted by WonderlandShoppe at 7:45 AM No comments: Links to this post 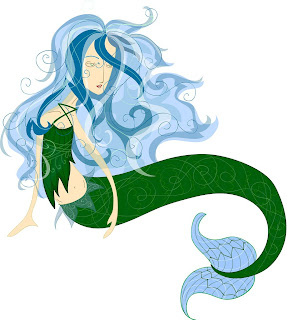 I couldn't resist posting this classified advertisement I found in our local newspaper today. Don't hesitate to rush on over and apply if it is something that interest you -- ha!!!

I won't be applying, but I might have to go and see what the "mermaid" is doing at this location. 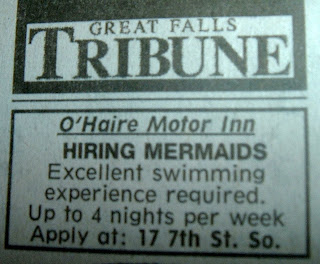 Posted by WonderlandShoppe at 12:20 AM No comments: Links to this post 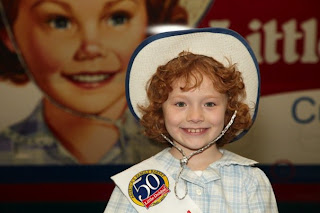 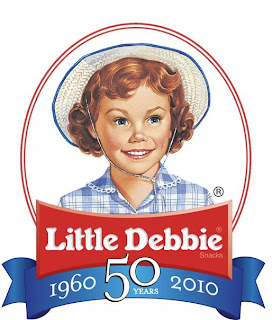 Posted by WonderlandShoppe at 11:34 AM No comments: Links to this post 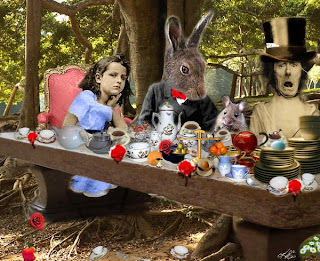 I stumbled upon some brilliant artwork on flickr.com of Kenneth Rougeau.

He did not mention selling any of his pieces but I decided to do a check on Etsy to see if I could locate some postcard size copies of his Alice in Wonderland work. This has led to some corresponding and him adding just what I am looking for to his store. 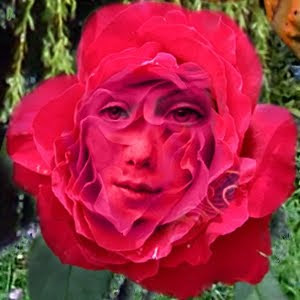 I have also told him to think about submitting some of his stuff to Lost At E Minor to get him more attention and help with sales.

Not related to Alice in Wonderland, but equally intriguing to me is his The Green Man: Walt Whitman (have seen plaster wall art similiar to this in Design Toscano in the past) and 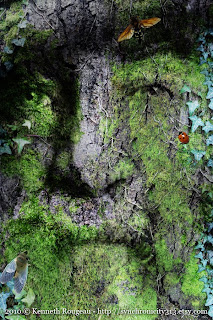 his Mozart in Mirrowshades (they give the composer/artist a modern style). 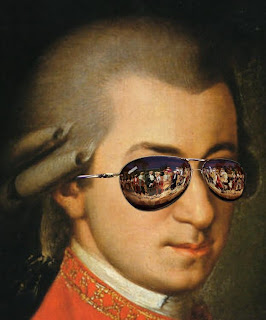 Posted by WonderlandShoppe at 11:57 AM 2 comments: Links to this post

Stitching Away While Snow Is On The Ground 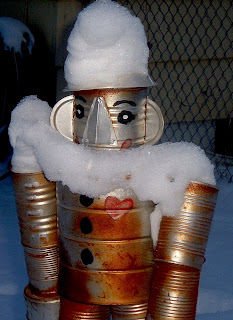 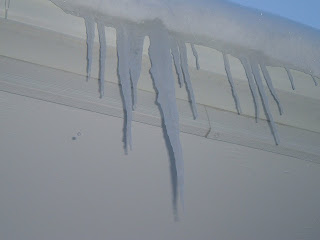 We still have all the white stuff (aka: snow) on the ground and the temperature is not rising much.

Also, I don't usually put much weight into the "Ground Hog Day" holiday, but do think Winter will be hanging around our area for a quite a while longer. 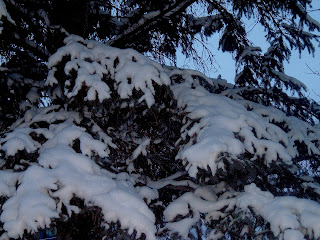 Grandma being in an out of the hospital several times last week and now at home much weaker than ever, I find myself picking up the hoop with needle and thread --not really any particular project in mind to start out with, but just a few patterns traced on fabric to occupy my days.

I included this little girl in a quilt for Aunt Mae two Christmases ago and had to put my hands back on the pattern to stitch her up some more. I like the little attitude she has. 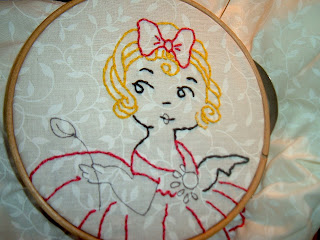 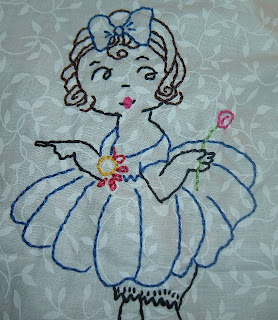 Attitude or a special character style seems to be something I look for in patterns. I love this Scottie dog I turned into a doll quilt. 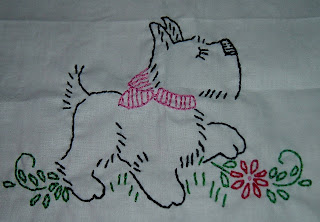 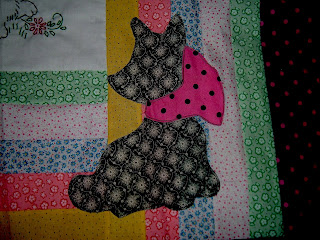 This year I want to make smaller size items and think a few doll quilts for little girls pretend play or even as wall hangings or table top scarves would be lovely. Incorporated also are scrap pieces which make projects so much more colorful. 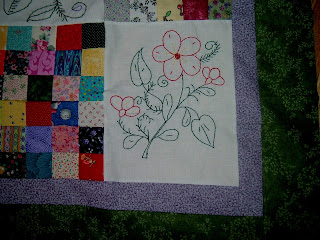 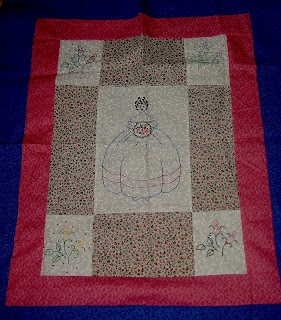 When I Am an Old Woman I Shall Wear Purple 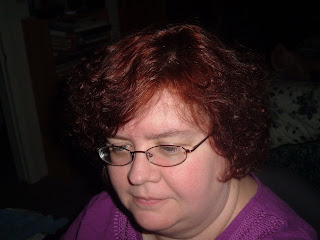 I have always loved this poem and have felt a little lately like age is slipping up on me. So I decided I wanted a drastic change and something to perk me up! Well, what do you think? Does red look like a drastic change on me? My kids are still trying to get used to it.


Warning - When I Am an Old Woman I Shall Wear Purple

When I am an old woman, I shall wear purple

with a red hat that doesn't go, and doesn't suit me.

And I shall spend my pension on brandy and summer gloves

and satin candles, and say we've no money for butter.

I shall sit down on the pavement when I am tired

and gobble up samples in shops and press alarm bells

and run my stick along the public railings

and make up for the sobriety of my youth.

I shall go out in my slippers in the rain

and pick the flowers in other people's gardens

and learn to spit.

You can wear terrible shirts and grow more fat

and eat three pounds of sausages at a go

or only bread and pickles for a week

and hoard pens and pencils and beer nuts and things in boxes.

But now we must have clothes that keep us dry

and pay our rent and not swear in the street

and set a good example for the children.

We must have friends to dinner and read the papers.

But maybe I ought to practice a little now?

So people who know me are not too shocked and surprised

When suddenly I am old, and start to wear purple.
Posted by WonderlandShoppe at 4:18 PM 3 comments: Links to this post